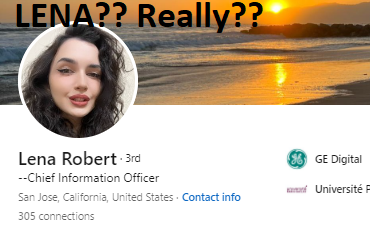 When representative-elect George Santos falsely claimed to have worked at Citigroup and Goldman, did that harm the companies? Perhaps if he had a LinkedIn profile that placed him as a current employee, it could have. It certainly creates potential confusion relating to this George Santos https://www.linkedin.com/in/jorge-santos-cfa-591a85107/ who apparently still works at Goldman Sachs.

The levels of LinkedIn spam in both InMails and connection requests are significantly harming the value of the platform to Microsoft and to a broad swath of constituents:

Let me illustrate: Within the last week I’ve been spammed by THREE Lena Robert profiles. Two have already been nuked by LinkedIn but only because the abuse in this case was egregious and easy to spot.

But often the case isn’t as obvious. Three Lena profiles all at GE all targeting me. There may be dozens of others. 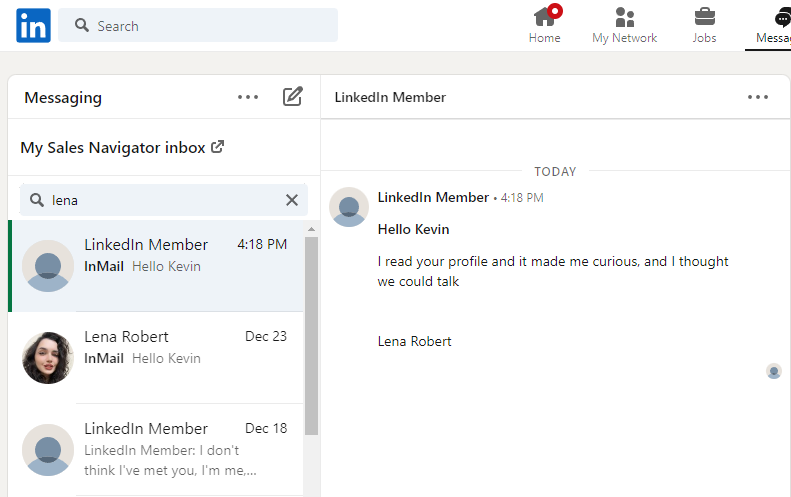 The prior chat when I called out the profile as “sus” that profile has been nuked but the chats remain assessable. I knew the profile was fake and decided to play along to see what the end-game was.  Didn’t get that far. LOL 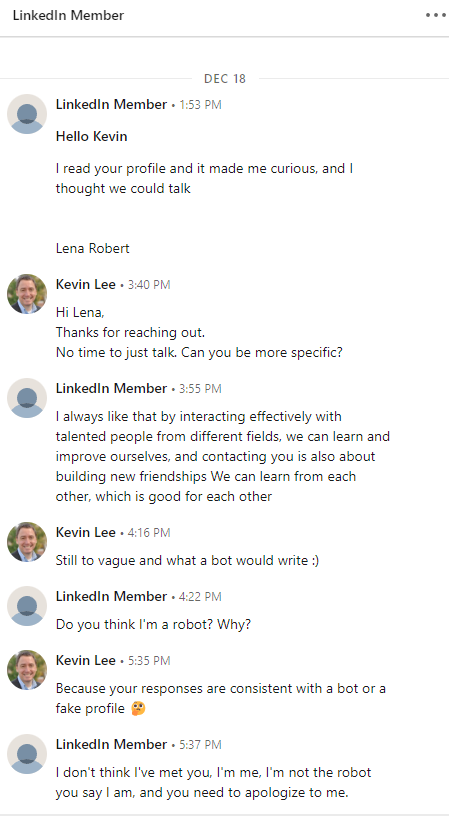 Same opening line, was the same pic as the 2nd Lena. (clearly fake). 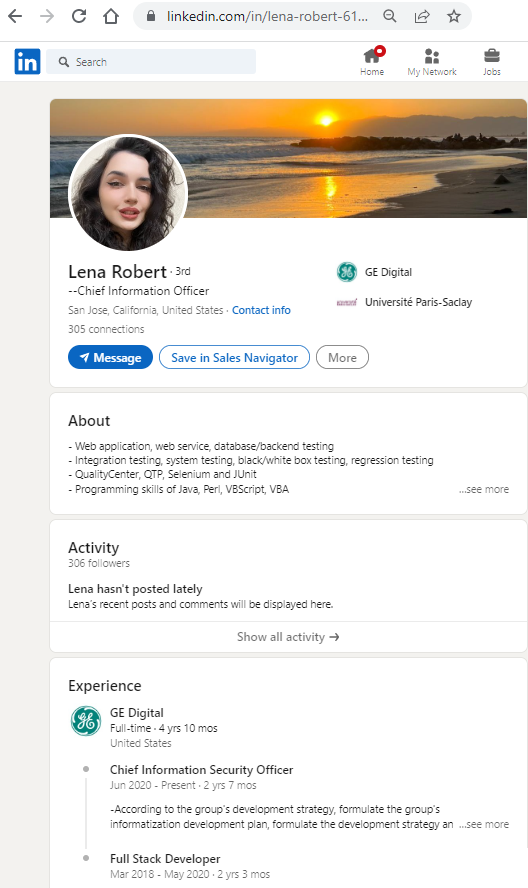 LinkedIn should consider some combination of:

The legal risk, and the IVT invalid ad traffic to advertisers and is significant and it’s time for LinkedIn to invest. 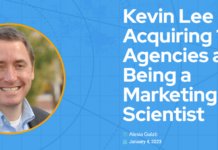 Why I love being a Marketing Mad Scientist (podcast) 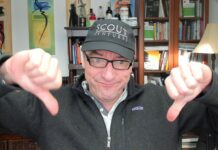 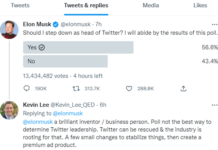 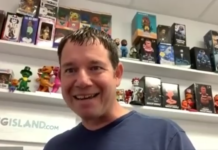 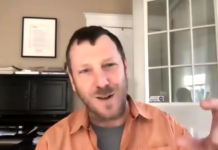 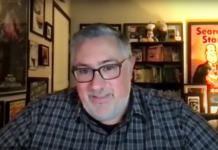 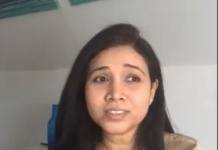 The Elusive Case Study – Experimenting on Oneself Experiment #1